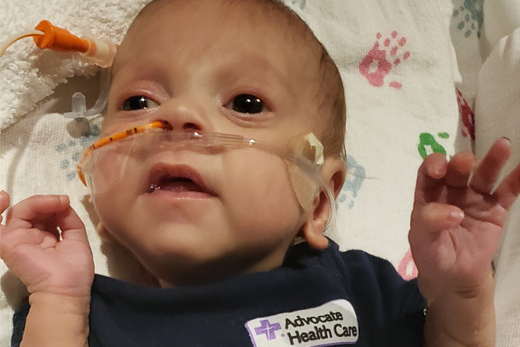 I just have to tell you about another inspiring woman brave enough to tell her story—Susan Robertson who has a son named Chadem who was born on May 22, 2019—months before his due date and only 1.4 lbs. at birth. Susan has only held him a few times so far, and he will be in the hospital for quite a bit longer. He weighs over 4.5 lbs. now and is a fighter. Please pray that that his dilated kidney vessel works itself out with growth and that he grows in a healthy pattern. He has not had any weight gain for the past few days, so please pray for his weigh growth too.

Susan Robertson wrote a short book (40 pages) called God Impacts My Life, in which she reveals personal struggles and moments when the power of prayer created miracles in her life. Susan wrote her book over a decade before Chadem was born.

What I love about Susan’s book is her honesty with the stories that shaped her. She can look back and see how God’s grace played a big part, but she can put herself back in the moment when she was just a flawed human vessel, like being an 11-year-old who was self-conscious about showing up to camp without her suitcase and having to wear the dirty clothes of the other girls.

When other kids were weeping with joy at the altar during church service, she clearly remembers thinking about cute boys instead. The reason she finally went up to the altar on the last day was because she was self-conscious about being the only kid left in the pews in her dirty borrowed clothes. Even on the way up, she remembers feeling embarrassed for her crying friends. In her words, “I thought I would play along, but something odd happened to me as I bowed my head. I felt love. Love like I had never felt before…I felt love from the people surrounding me, but before I knew it, I felt God’s love engulf my body and my soul.”

As any of us know who have embraced God’s love, it ain’t all smooth sailing from there! She continues to recount challenges in her life.

What should be a teen angst “experimenting with alcohol” story takes a dark turn when on a Saturday night Susan ends up arrested and put in jail. She is terrified as she was told that no one is ever released on a Sunday. She is stuck there until Monday which was a million years away in Susan’s mind. With the backdrop of a wailing old woman incessantly yelling, “Heeellllp me.”  She feels so hopeless that her 16-year-old-self decides that suicide is the only way out. Just as she decided how she will end it all, a guard approached her saying that it’s her lucky day; they are letting her father take her home (on a Sunday) because she is a minor.

Susan also tells of another miracle when she accidentally lacerated her eye with tweezers. The ER doctor told her that it was very serious, gave her a patch and told her to get to a specialist as soon as she could. At home she was scared and feeling vulnerable, so she took out her bible. She happened to open it to Jeremiah 30:13-1.7 Verse 17 says, “For I will restore health unto thee, and I will heal thee of thy wounds.” The verses resonated with her, but her head started to hurt, so as she rested, she asked her husband to read to her from the bible some more. He happened to open it and read the exact same verses! She could not ignore God’s message! She got up and noticed that she felt much better. She gathered her courage and took off the patch. She was amazed to see that the laceration was gone! “No tingles, no lightning bolt shocks, no shaking, just me being healed without even knowing it.”

Susan dedicated herself to full time ministry work, but it was not paying all the bills. She chose to let worry go. She said a prayer, that with the help of the Holy Spirit, she would not take back her worry. Within 30 seconds of saying it, she received a phone call from someone interested in buying her website, which she had had listed for almost a year with no interest in it. That sale netted her $15,000.

Her biggest miracles involve the health of her parents. In another hugely challenging day, Susan’s mom had a massive stroke and was given 48 hours to live on the same day that her father revealed the secret he had been keeping to himself—that he had prostate cancer that had spread into his bones. He had been given six months to live.

Susan leaned hard on her faith that day. She turned to the Bible, which gave her Acts 3:6 when Peter said, “In the name of Jesus Christ of Nazareth, rise up and walk.” She knew in her heart that her mother would walk again, and she did. Her father didn’t live six more months. He lived six more years!

Susan Robertson wrote a short book (40 pages and is attached to this blog post) called God Impacts My Life, in which she reveals personal struggles and moments when the power of prayer created miracles in her life.

Susan Robertson is the founder of a women’s ministry, “Worldwide Restoration Ministries.” and the founder of Free3 which is a Christian based network group //www.free3.net/ for business owners in the construction industry and is an inspiration to me and all of the people she meets.

~ May God Bless You and Your Family Susan ~