While watching a magnificent snowstorm just before bedtime Flynn’s grandmother mentions that her grandfather, Flynn’s great, great grandfather told her that snowflakes are all pretty little angels and that no two are alike. Hours later too excited to sleep, Flynn and his pet guinea pigs, Alexandra and Hamilton, venture out into their backyard on a mission to surprise grandmother.

They want to fill her pillow with zillions of angels! Flynn’s guardian angels try to stop the trio from going out but Flynn is so eager to get to his winter wonderland that he doesn’t notice them. The guardian angels, who are also enjoying some snow play, suddenly spring into action when they realize Flynn is pulling a giant sled filled with snowballs inside of the house and is about to make a big wet mess!

With the help of thousands of other angels from heaven, they are able to control the situation and make sense of it all by leaving an acronym for the word HUGS in the moonlit sky. 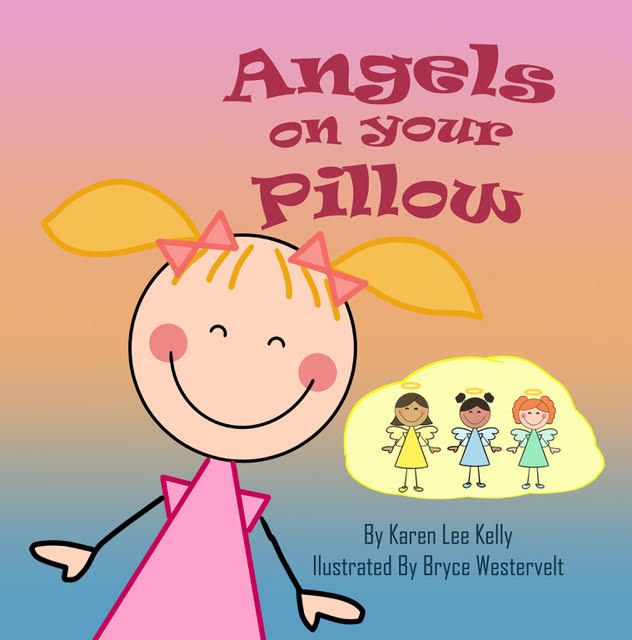 Angels on Your Pillow
Picture Book 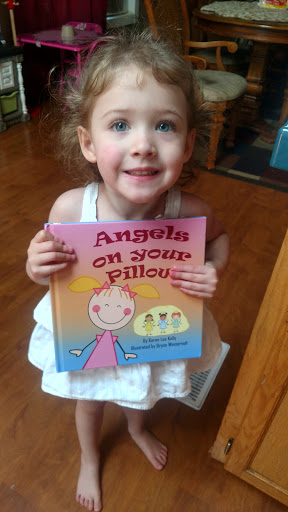 …While the family sleeps our young adventurer awakens and partakes in a moonlit search looking for her angels. The child mistakes a feather from her pillow for an angel and suddenly there are feathers everywhere even in the goldfish bowl with her fish Bubbles and Sushi. Guardian angels are all around her but cannot be seen! They blow whistles and wave flags and flashlights to no avail. In the end, the angels find a way to make sense of it all by leaving an acronym for the word ANGEL on the child’s chalkboard.

A Note from the Author

There are loving angels all around us! Angels are the bridge that connect human beings to pure and unconditional love. Children’s books especially in the form of bedtime stories are a great way to open the eyes, minds and hearts of young children and of the people who are reading books to them.

The colorful picture books in the “Angels on Your Pillow” series founded in 2016, are books for kids designed to create curiosity and conversations about angels, God and your own faith. “Angels on Your Pillow” is also a wonderful way to introduce your little loved ones to their first children’s bible. Discovering and reading meaningful kid’s books will help everyone understand the truth which is that each and every one of us is loved more than we will ever know. Author Karen Kelly plans to complete a series of at least 4 angel adventure books as well as Angel Hugs Stories.

When we allow ourselves to accept and welcome that reality, we achieve inner peace and become messengers of love ourselves. Please share your angel stories with us!

“Karen Kelly released the first in a series of angel adventure children’s book in late 2016 called “Angels on Your Pillow” and she plans to roll out at least three more angel adventure picture books over the next three years. Each angel book will have a situation where someone misunderstands something creating chaos.  Guardian angels are present in each of the books; they bring things back to normal making sense of it all by using an acronym at the end of each story.

Writing books for kids and reading books to them is Karen’s calling and although “Angels on Your Pillow” falls under the category of kid books such as children’s bible adults will also find a meaningful message as her bedtime stories are focused on bringing awareness to pure unconditional love in a playful way.

Karen’s goal is provide a means to create curiosity and conversations about love, angels and God; to help young and old grow in their faith. Using the “Angels on Your Pillow” series is a great way to segue into deep subjects, strengthen relationships and start family traditions that get passed down from generation to generation such as saying “Angels on Your Pillow” to each other at bedtime.”

Snow Angels on Your Pillow 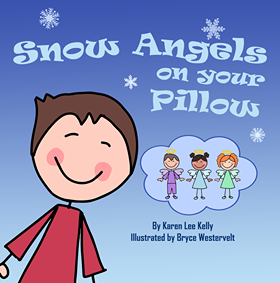 Check out our new song:

Angels on your Pillow is a wonderful children’s book that tells such a sweet story. I have been giving it to all the little ones in my life.

A cute and sweet book for those to read with their children or grand children. This book would make the perfect gift!

I love this beautiful book! I’ve had so many of my friends buy it for their grandchildren and they loved it too. Such a beautiful way to introduce children to angels. Please create more stories for children!!

I loved reading Angles on Your Pillow to my granddaughter so much, that I have bought more copies to give some of my friends for their grandchildren also. Such a fun story to share.

I think it is so great to read sweet things for a change and such positive thoughts from an amazing entrepreneur like Karen is. I wish you and your book all the best. God bless you and yours and all your beautiful clients. Much love from all of us at: www.limobob.com

A book for all ages and genders, everyone has and needs this book to remind them just how special they truly are and there is Angels not only on their pillows but all around them. Thank you KK for inspiring all of us.

Such a cute story on so many levels and the acronym for the word ANGEL at the end is beautiful. We read this book to our children almost every night. Thank you and God Bless!

I bought 9 copies of “Angels on Your Pillow” 1 copy to read to my grandchildren when they visit and the other 8 will be given to each of them when they get married.

Such a sweet and fun story for children and a nice thing to say to my loved ones at bedtime.

Drop me a line anytime, and I will respond to you as soon as possible